A number of migrant fishers have been subjected to physical violence and labour exploitation on UK fishing vessels, according to a new study.

Damning stories of migrant fishers being treated like modern day slaves has been published this week by The University of Nottingham Rights Lab: Letting Exploitation off the Hook? Evidencing Labour Abuses in UK Fishing.

The researchers sought out views of fishing crew on what it is like to work within the UK fishing industry.

Increasing difficulties in recruiting UK fishing crew means that many workers are recruited from outside the European Economic Area (EEA), such as the Philippines and Ghana, and can experience very different working conditions and practices to their UK colleagues.

– 35% of fishing crew in the study reported suffering regular physical violence.
– 60% stated they would never report a grievance out of fear of being blacklisted from future employment opportunities.
– 19% of those included in the research would qualify as probable cases of forced labour when applying the International Labour Organization’s guidelines in the Forced Labour Convention.
– 100% of non-EEA crew within the research study experienced immigration related vulnerabilities caused by the use of a ‘transit visa’ which places them at increased risk of labour exploitation. Transit visas are designed for seafarers travelling to reach their departing ship and are unsuitable for workers based within the UK as lacking many basic labour protections in respect of pay and working hours.
– The average salary for migrant fishers is £3.51 per hour

The Merchant Navy Welfare Board (MNWB), the umbrella charity for Merchant Navy and fishing fleets which supports and promotes co-operation between organisations that provide welfare services to seafarers, fishermen and their dependents, has responded to the report. 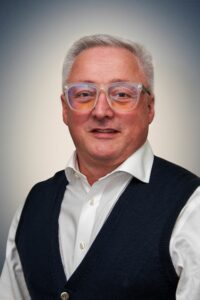 “To be frank, there are some truly jaw-dropping revelations in this report about how migrant fishers are being treated like modern day slaves on UK fishing vessels – and this is utterly unacceptable. The fishing industry must take a very hard look at itself.

“With fishers reporting physical abuse, being denied shore leave, working longer hours than they are contracted and being the victims of exploitative wage practices – which includes being paid less than half of the National Minimum Wage in this country – the situation is deeply disturbing. Evidently, the sector remains plagued by human rights and labour abuse issues, but this kind of behavior must be stamped out with immediate effect.

“Going forward, as part of our role as the National Seafarers’ Welfare Board and the umbrella charity for the UK fishing fleet, we will be working closely with our constituent members and government officials to offer the right support and guidance in a bid to ensure the industry cleans up its act.”